If you want to get all the above information then this article is for you. After this, there will be no need to go anywhere for the information about computer network again.

Let us now know in detail about the computer network and its types.

If you want to get all the above information then this article is for you. After this, there will be no need to go anywhere for the information of computer network again.

Let us now know in detail about the computer network and its types.

What is a computer network?

These data links are installed over Wi-Fi such as wireless media and cable media.

The network computer’s device is called a network node from which the data originates, routes and terminates.

Often in the case, application specific communication protocols are layered.

Computer networks support the World Wide Web, also known as WWW. Along with this, also support application and storage servers and a large number of digital video, digital audio.

Shared usage of printers and fax machines and the use of email and instant messaging applications etc.

Computers can classify networks based on their size. In addition, computer networks can be divided according to the purpose.

There are mainly four types of computer networks:

Apart from the computer networks described above, there are some other important network types:

What is Personal Area Network(PAN)

PAN is a type of computer network that is a group of connected devices around a person’s field of work. These are typically used for data transfer between a computer, phone or personal digital accessories.

PANs are used for communication between personal devices.

PAN is used as a master device gateway to connect high-level networks and the Internet. PAN is used in two ways.

What is Local Area Network(LAN)

A local area network (LAN) is a group of computers in a limited area. It is relatively larger in size than the Personal Area Network (PAN).

The LAN is limited to a residence, school, university, laboratory, or office building.

The LAN interconnects computers, printers and other digital devices within the school residence, etc.

LAN networks may also use telephone lines or radio waves to expand the area. A group of two or more LANs is called a wide area network (WAN). In this, two or more LANs are connected to each other.

The difference between a LAN and a WAN is that the wide-area network is spread over an area greater than the local area network.

The LAN was founded by homeowners and information technology administrators.

It was invented to easily share resources such as network node printers or network storage.

All devices connected to a LAN have their own editing power but are capable of sharing data with each other.

What is Metropolitan Area Network(MAN)

Examples of MAN can be found in places such as Lodz, Poland, and Geneva, Switzerland. MAN interconnects simultaneously the computer resources of a metropolitan area.

It is relatively smaller than a wide area network (WAN). MANs are also used through the use of point-to-point connections between LANs in the metropolitan area.

It is used by interconnecting several local area networks. This usage is also known as the campus network. And sometimes when large universities describe their network, they use the term.

A metropolitan area network (MAN) is made up of several local area networks joined together. That is, parrots of MAN LANs are parrots but larger in size than LANs.

It typically involves a network interconnect within a large city and provides a connection to the Internet. The MAN network is a high-speed network (broadband).

What is Wide Area Network(MAN)

The primary purpose of computer networking exists in a large geographic area. It is a large network that is not connected to a single location. Computers connected with WAN are connected to public networks such as telephone lines.

Wide area networks are often installed along with telecoms circuits on leased lines. They can also be connected via satellites.

Wide Area Network (WAN) is used more extensively in business, education and government institutions by employees, students, customers, buyers and suppliers around the world. Users around the world use wide area networks to relay data.

This has made it easier for a business to carry out its daily work effectively regardless of location. And it is for this reason that WANs are becoming important for international businesses. Along with this, they are also becoming necessary for everyday use.

WANs are like a banking system. The way a bank has hundreds of branches at different places and all branches are interconnected to share official data.

Through WAN communication, information exchange and communication between devices around the world can be made.

The protocol typically used for WANs can be devices such as TCP / IP routers, switches, firewalls, modems, and other multifunction devices.

Some other important types of computer network: 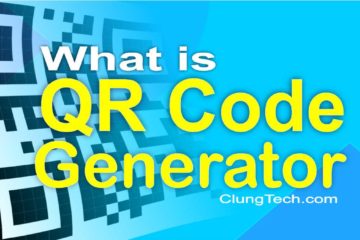 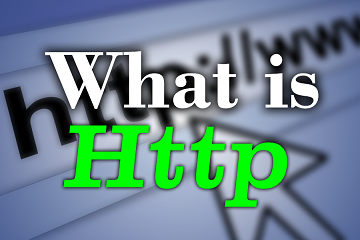